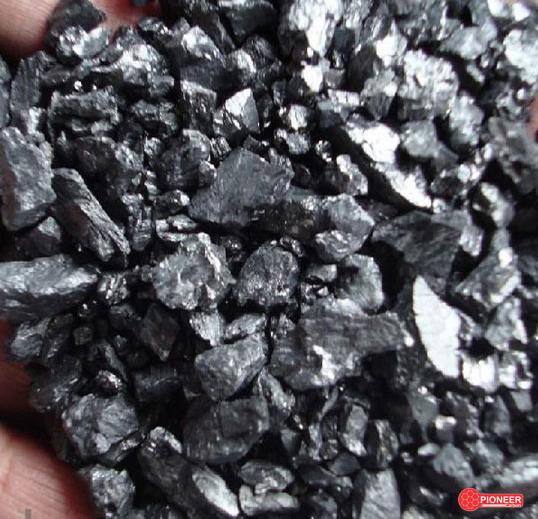 We are importing and sourcing best quality Anthracite Coal from Russia. Anthracite Coal mined at the Russian region possesses the best physical and chemical characteristics among all anthracites. It is classified as Ultra High Grade (UHG) anthracite, and has 92% carbon content - which is the highest one for premium quality anthracites. It also has a low level of impurities, such as sulphur, phosphorus, nitrogen, and others. The product is used primarily in metallurgy. 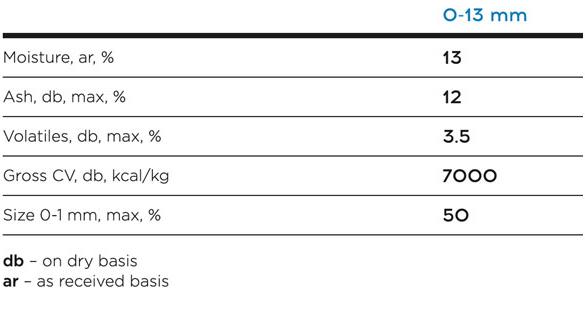 Anthracite coal derives its name from the Greek word 'anthrakíts', literally meaning 'coal-like'. It is frequently being referred as hard coal and is one of the four types of coals. Other types of coals are lignite coal, sub- bituminous coal and bituminous coal. Since anthracite coal had been subjected to the intense pressure and heat, it is the most compressed and hardest coal available. Being a hard coal, it contains greater potential to produce heat energy than softer, geologically 'newer' coal.

As per ISO 11760:2005, anthracite coal is defined as the coal, synonymous with high-rank coal, having a mean random vitrinite reflectance, equal to or greater than 2.0 % but less than 6.0 %, or, preferably, a mean maximum reflectance, less than 8.0 % for geologically unaltered coal.

Geology and mining of anthracite coal

Anthracite coal was formed from bituminous coal when great pressures had developed in the folded rock. Transformation of the bituminous coal into anthracite is called 'Anthracitization'. It was formed during the Carboniferous Age, when the dense green vegetation that thrived during the tropical climate of the time fossilized. It is the oldest and cleanest type of coal. It is the rarest and most mature coal. It is a hard, compact variety of coal. It has the highest ranking amongst all the four types of coals. It has undergone the most metamorphosis. It has the highest fixed carbon content and the least impurities. It has the highest energy density amongst all types of coal. The formation of anthracite coal is shown in Fig 1. 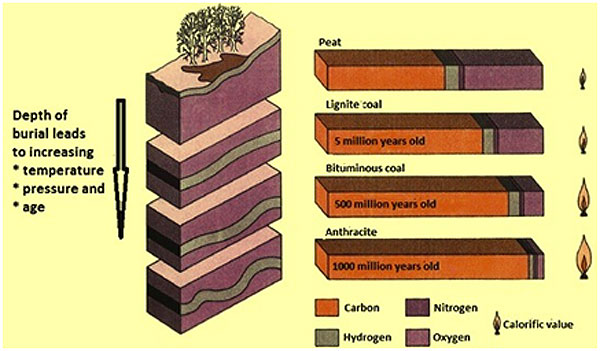 Anthracite coal normally occurs in old geological formations which have spent the longest time underground. It is the rarest and most mature coal which accounts for only around 1 % of the world’s total coal reserves. The major reserves of the anthracite coal are located mainly in China, Vietnam, North Korea, Russia, Ukraine, and USA.

The coal being subjected to the most pressure and heat, is very compressed and hard. Hence it contains greater potential to produce heat energy in comparison to the softer, geologically 'newer' coal.

Generally underground mining techniques are used for the extraction of the anthracite coal from the anthracite seams which are normally situated deep in the earth.

Inferior coal rejected from anthracite coal mines is called culm. This has less than half the heat value of mined anthracite and higher ash and moisture content. It is used very often in fluidized bed combustion (FBC) boilers.

Anthracite coal is a dense, clean to touch, and hard rock with a jet-black colour. It is normally non-agglomerating, non-clinkering and free-burning coal because when it is ignited it does not coke or expand and fuse together. It has a low percentage of ash and a high ash fusion temperature. The ignition temperature of anthracite coal is around 480 deg C to 500 deg C and hence, the chances of its self-ignition are very low. The moisture content of fresh-mined anthracite generally is less than 15 %.

It differs from bituminous coal (i) by its greater hardness (2.75-3 on the Mohs scale), (ii) its higher relative density of 1.3–1.4, and (iii) its luster, which is often semi-metallic with a mildly brown reflection. It has a low value of the Hardgrove grinding index (HGI) and hence needs low energy for its grinding. It is also free from included soft or fibrous notches and does not soil the fingers when rubbed.

Anthracite coal is the most brittle among all the coal types. It is usually graded into two size ranges. These are anthracite fines having a size of less than 10 mm and anthracite lumps which has a size range of 10 mm to 40 mm.

Anthracite coal is the most metamorphosed type of coal (but it still represents low-grade of metamorphism). The term is applied to those varieties of coal which do not give off tarry or other hydrocarbon vapours when heated below their point of ignition. Anthracite ignites with difficulty and burns with a short, blue, and smokeless flame.

The surface area of coal is measured by adsorption of either carbon di-oxide or nitrogen. However, the measured area depends upon the specific adsorbate used, due to polarity and molecular size. Surface area in case of anthracite coal is normally greater than 100 sq m per gram of coal.

Structurally, anthracite coal displays some alteration by the development of secondary divisional planes and fissures so that the original stratification lines are not always easily seen. The thermal conductivity is also higher since a lump of anthracite feels perceptibly colder when held in the warm hand than a similar lump of bituminous coal at the same temperature.

The calorific value of the anthracite coal is high and on a moist, mineral matter free basis it is normally in the range of 6200 kcal/kg to 7900 kcal/kg depending on its carbon content and VM. It is considered ‘non-clinkering’ and free-burning since when it is ignited it does not ‘coke’ or expand and fuse together. It is a misconception that anthracite coals contain the highest heat value due to their rank. The highest rank bituminous coals contain the highest heat values. On burning it does not produce sooty residue.

Anthracite is considered the cleanest burning coal available. When burned, it produces a very hot pale blue flame. It produces more heat than many other coals. The coal is slow-burning and difficult to ignite because of its high density. The low sulphur and volatile content in anthracite coal makes it an extremely clean burning fuel. Anthracite coal produces virtually no smoke or particulate emissions. Comparison of anthracite coal with other types of coal is at Fig 2. 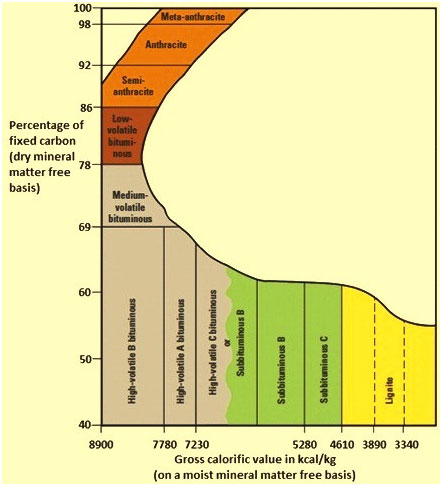 Fig 2 Comparison of anthracite coal with other types of coals

Anthracite coal has many properties which make it a superior product compared with ordinary bituminous coal. Basically the uses of anthracite coal depend upon its qualities of (i) being almost a pure form of carbon, (ii) its high calorific value, and (iii) clean burning properties, although the last two qualities are frequently used at the same time.

Anthracite coal is used as a cost efficient substitute for coke or coal in various metallurgical coal applications in processes such as sintering, pelletizing, pulverized coal injection (PCI) in the blast furnace, and even as direct charge in the blast furnace. It plays an important role in cost reduction in the steel making processes where it is used (i) as a reducing agent, (ii) as a carburizer, (iii) for slag foaming, and (iv) as ladle additions. It is also used in production of ferro-alloys, silicon-manganese, calcium-carbide and silicon-carbide. Standard grade anthracite is being used mainly for power generation. Anthracite coal can also be used in water purification and domestically as a smokeless fuel.

Other industrial applications are charcoal briquettes, glass carbon, friction materials and in ground form as an additive in plastics and polymers.